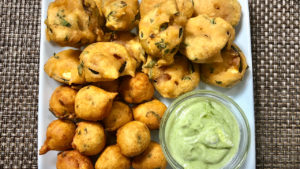 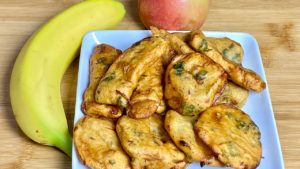 Apple and Banana Pakoras! Pakoras are an all-time favorite snack amongst everyone. Pakoras are made in so many ways using a variety of vegetables and lentils. Apple and Banana Pakoras were suggested by my friend Rajni from India. It sounds different because I never tried these pakoras. I decided to give it a try. I know she enjoys sweet and spicy combinations of flavors. These pakoras are crispy from the outside and soft from the inside. These Pakoras are also vegan and gluten-free. Give it a try and share your experience. 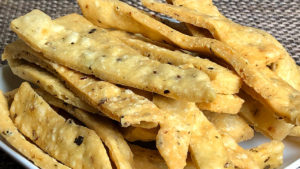 Spicy Namak Para is a crispy and savory snack that’s perfect for the holiday season. Not only is this a popular snack, but it is also easy to make. This particular recipe is a twist on traditional Namak Paras with added spices to make it even more flavorful. You can always experiment with different variations by adding your choice of flavors! Spicy Namak Para taste especially delicious with a hot cup of chai. They also make for a simple but special homemade gift. It’s also an easy road trip snack when traveling with your family! 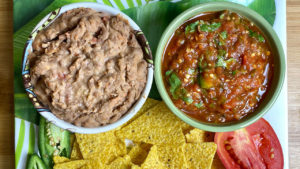 My ultimate favorite cuisine is of course Indian. But I must say that Mexican and Italian cuisines are close seconds! Overall, I enjoy trying new cuisines with a variety of flavors. After coming to the United States, Mexican cuisine was the first new cuisine I tried. As you already know, I have a story behind every dish. 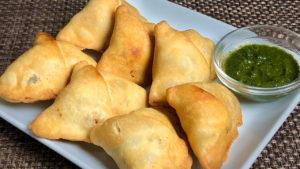 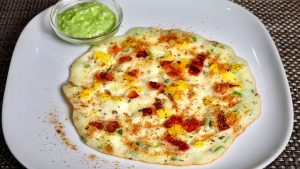 I have been wanting to do a video it should be easy and more versatile, ingredients maybe you have in your pantry. Utttapam a South Indian popular dish. Traditionally Uttapam is made with rice and lentil batter, which can be a long process, soaking, grinding then fermenting the batter. Rava Uttappam, on the other hand is instant and easy to make, with a variety of vegetables of your choice. It tastes delicious also can be served for breakfast, as a snack or for dinner. Rava Uttapam will be enjoyed by all ages. 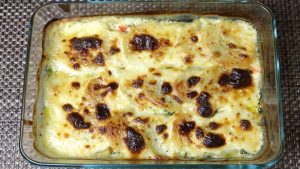 Scalloped Potatoes are a classic dish with layers of potatoes topped with a delicious creamy sauce! It is the perfect comfort food and side dish to any meal. 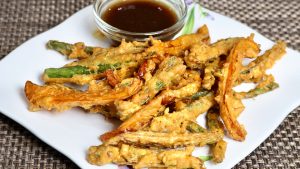 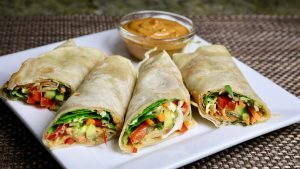 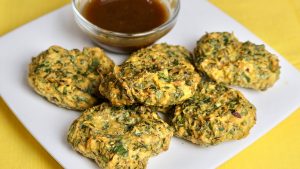 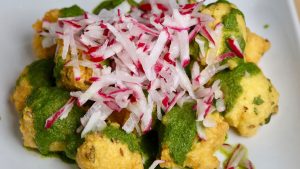 Ram Ladoo is a popular Delhi street food. Ram Ladoo is a delicious snack. Moong dal pakoras served with cilantro chutney and topped with shredded radish. These ladoos takes on the flavor of chutney and radish, this is what makes this dish a yummy and lip-smacking chaat. 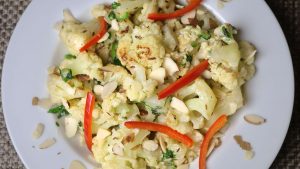 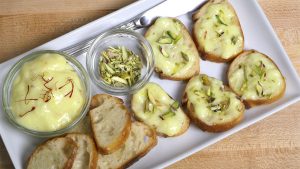 Custard Toast Bites is custard flavored with saffron and cardamom and served over toasted bread. This recipe is definitely un-traditional but nonetheless a delicious approach. This is super easy to make and you can call this Custard Bruschetta. Custard Toast Bites can be served as a dessert or tea time snack. 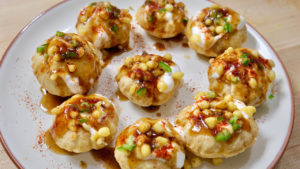 Dahi Puri is a very commonly found Indian street food! I have been wanting to do this recipe for my channel for quite some time, but I wanted to put my own twist on it. After experimenting with different fillings, I was finally able to come up with a combination that my family approved of – a healthy and delicious salad style filling. 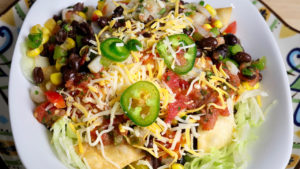 Mexican Bhel! Today I will be making a twist on classic street food Bhel Puri. Bhel Puri is a popular Mumbai roadside snack. To make this dish unique and interesting I am using all classic Mexican ingredients – such as tortilla chips, salsa, Mexican cheese and more! Mexican Bhel Puri can be served
as a snack or light lunch for your next get together.